Following the Regional Awards dinner in Lancashire I am thrilled to announce that REDHOUSE LILY MARLENE is  Lancashire’s  Highpoint Endurance Champion for 2017.

Amongst her other Lancashire achievements were:

Well done Carolyn Cummings who rode my lovely girl last season. Take a look at what Carolyn had to say about her season later in this report … and about all Nazka’s wins with SERC, the Scottish Endurance group!

One of the most thrilling achievements of the night for me was: The Chanel Pairs Trophy (awarded to the TWO horses achieving the highest number of points in (1) competitive rides of 64k and above and (2) competitive rides of 45k or below……And this award goes to the mother and daughter combination, Redhouse Lily Marlene, aged 8  and Zim Nazka, aged 18. 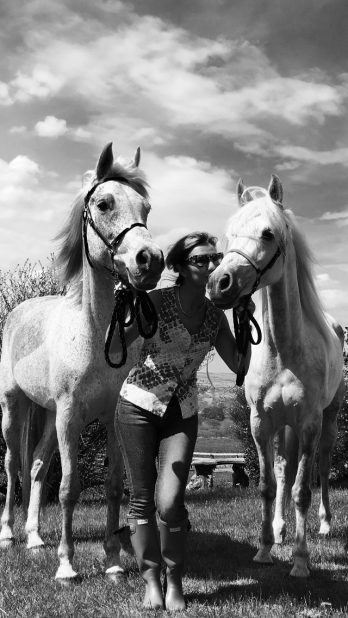 I gave Khalifa BJ a rest last season, which he wasn’t too thrilled about, but he still managed to collect a few rosettes to bring home …. and he got extra carrots just like the others!

I do love my horses: I  am forever indebted to them for bringing me such joy and am always amazed at what they achieve ride after ride!

Thank you to everyone who plays a part in making it all happen … you know who you are!

And now, as I leave you,  to fill 12 hay nets,  wallow in the mud, and muck out in freezing temperatures,  I shall remember just why I do it ….

You can check all results on the Arab Horse Society page

Nazka was Reserve Champion in the veterans class